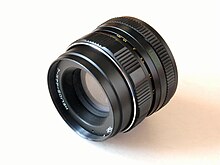 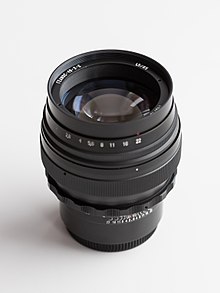 The Helios-44 and Helios-40 are derivatives of the Carl Zeiss Biotar optical formula. As all lenses based on the Biotar formula, the Helios-44 and Helios-40 produce an unusual „swirly“ bokeh effect to the out-of-focus background. The bokeh „circles“ become more elliptical in shape as you move away from the center of the photo. This optical phenomenon gives images rendered by these vintage lenses a distinct character, which has created a cult following among fine art photographers.

Additionally, some lenses were made by Japanese manufacturers and badged as Helios for import to Britain and the Netherlands. They were sold by TOE, the main importer of Russian photographic equipment, if there was no exact equivalent currently available from Russian sources. The most common examples are 28mm f2.8 and 135mm f2.8 auto-stopdown M42 lens, probably manufactured by Chinon.