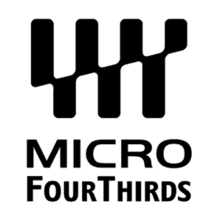 MFT shares the original image sensor size and specification with the Four Thirds system, designed for DSLRs. Unlike Four Thirds, the MFT system design specification does not provide space for a mirror box and a pentaprism, which facilitates smaller body designs and a shorter flange focal distance, and hence smaller lenses. With adapters, most lenses can be used on MFT camera bodies, including those produced by Canon and Nikon, and lenses produced for cinema, e.g., PL mount or C mount.